WorldService Project + Alarmist
WorldService Project are the leading specialists of Brit ‘punk-jazz’, and are one of the most exported live acts in their field. Their energetic live shows have taken them to festivals across the world, touring in 18 countries and releasing four highly acclaimed studio albums.

This Spring 2018, WorldService Project launch their highly anticipated fourth album; Serve on Rare Noise Records. Fresh off the back of mammoth tours across America, Europe, Japan, India and China, the epic and anthemic live sound of WorldService Project is both thrilling and heart-wrenching, with a theatrical live performance thrown in for good measure.

Alarmist are one of Dublin’s most exciting live acts, and their blend of experimental rock, jazz, math and electronic elements has found them an international fanbase. Currently in the midst of recording their second full-length album, this show is a return to the live fray for Alarmist after a long break.

Festival performance highlights have included Ottawa Jazz (CAN), Arctangent (UK), 12 Points (SWE/IR0 and Match & Fuse (FR/UK), with media coverage such as BBC Radio, WNYC/NPR, Swedish National Radio, All About Jazz and The Guardian.

“Genres are harvested and manipulated, and [they] take a quasi orchestral approach that allows their music to hover in its own instrumental space, gravitationally pulled toward a rock aesthetic but constantly implying other philosophies in a way that excites.” 12 Points Festival 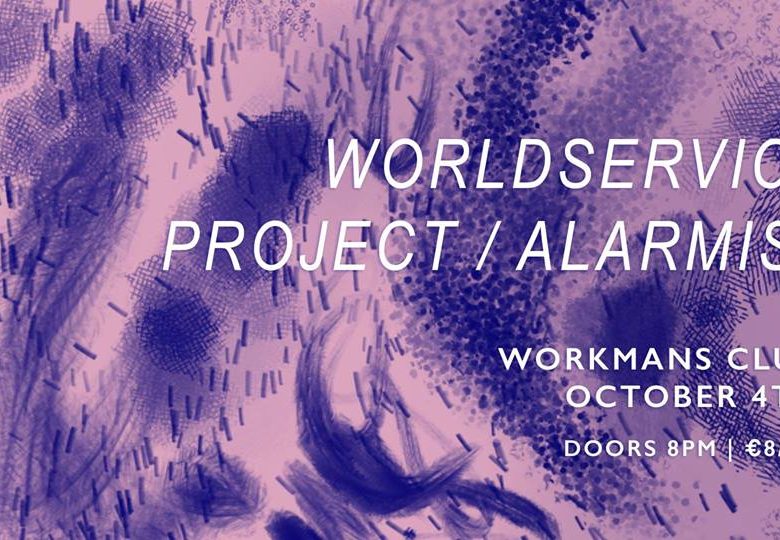