The trio met by chance – In 2013 Suhail arrived at a festival in Edinburgh and met James tuning up backstage. They got talking about music and decided to play that evening’s show together, despite having no rehearsal or real knowledge of each others music. The show was exceptionally well received and James and Suhail decided there and then to carry on making music together when their schedules would allow. A tour was planned and Jon Thorne was bought in to add a Mingus element to the sound. This extra texture also allowed James to alternate between guitar and nyckelharpa, Jon’s double-bass perfectly framing the dueling ‘harpa / sarangi. Immediately after that 2013 tour, James, Suhail & Jon decamped into a residential studio in North Wales and recorded what will become their debut album.

“Playing together as Yorkston / Thorne / Khan, we tackle a wide array of different sounds and songs. Alongside pieces of our own, there’s a fair chunk of improvisation, plus traditional songs from Scotland and India. Jon’s jazz back-ground definitely comes to the fore, as does Suhail’s devotional singing and outstanding sarangi playing. I just do my best to keep up…” – James Yorkston 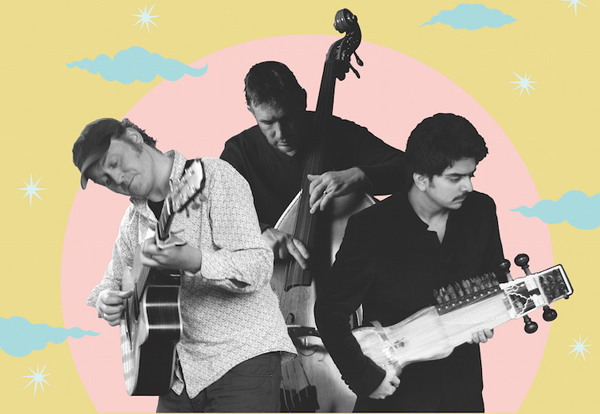