It’s the start of a new decade and an exciting new beginning for the
Young Dubliners. After thirty years as one of the worlds leading
Celtic Rock bands, the boys have begun work on their tenth studio
album while simultaneously launching the 2020 Winter tour.
They are also welcoming onboard new bass player Ethan Jones who had
previously worked for the band in the early days as a tech and stage
manager. When the Dubs were holding auditions for the job in
November 2019, Ethan reached out and said he would like to try out.
Although they hadn’t seen him in many years it was as though they
had never been apart. Ethan’s bass playing is superb but it was the
ease with which he assimilated into the band that has really caused the
most excitement and renewed commitment from the whole band. “It
felt more like a family member coming home” says frontman Keith
Roberts. The new line up is Keith Roberts (vocals / guitar), Chas
Waltz (Violin, keys, vocals), Justin Pecot (guitar, vocals), Dave
Ingraham (drums) and Ethan Jones (bass guitar)
With a solid line up and a new batch of songs to play live. The YD
are set to make 2020 one of their busiest yet. Starting the tour in
Alaska at the end of January then playing across the US before
heading over to Ireland with 170 American fans in tow. Finally
returning in time for their fourth “Into the Blue” cruise from Miami
with such legendary acts as the Moody Blues, The Zombies and
Alan Parsons to name but a few. And that’s just the first three months!

The band has already begun work on the new album and very soon
will announce its fund raiser to help pay for the recording. This will
be the second time the band has looked to its fans to finance an
album instead of a traditional record company. “The business has
changed so much over our lifetime that it no longer makes sense for
us to take money from a label and then owe it all back” says
Roberts. “Making all our supporters co producers is a far more
rewarding way to make a record and allows us to maintain control all
the way” The band will team up with long time producer, Irish born
Tim Boland, and begin recording in the coming months. They will be
releasing the songs in a new, unique way to match the changing
tides of the music industry.

The Young Dubliners have released nine albums to date. The set on
the upcoming “Road to Saint Patrick” tour will draw from all their albums and
include unreleased new material.
In recent years the Young Dubs have appeared on ABC’s Jimmy
Kimmel Live!, had songs featured in TV shows (Sons Of Anarchy,
Human Target) and toured extensively as a headliner and as the
opener for such a diverse list of artists as Collective Soul, Jethro Tull,
Johnny Lang, Los Lobos, Chris Isaak and many more.
Although the Young Dubliners sound is most commonly called
‘Celtic Rock’, that label can often be misleading. The Irish influence
is certainly there, but it’s not the only influence that bursts through
on their albums or live shows. After all, several of the band members
have no Irish roots of any kind. “That was always the idea”, explains
Roberts “The sound was intended to be a hybrid because we all
come from different backgrounds. Even though I am from Ireland, a
lot of the music I listened to growing up wasn’t Irish at all, but when I
got here, I got homesick and developed a new appreciation for Irish
Music. In truth the Celtic riffs can just as easily come from the
American band members. Everyone writes now so you never know
what you’ll end up with”

Please go to YoungDubliners.com for Tour Dates, pictures and lots more
information on the band 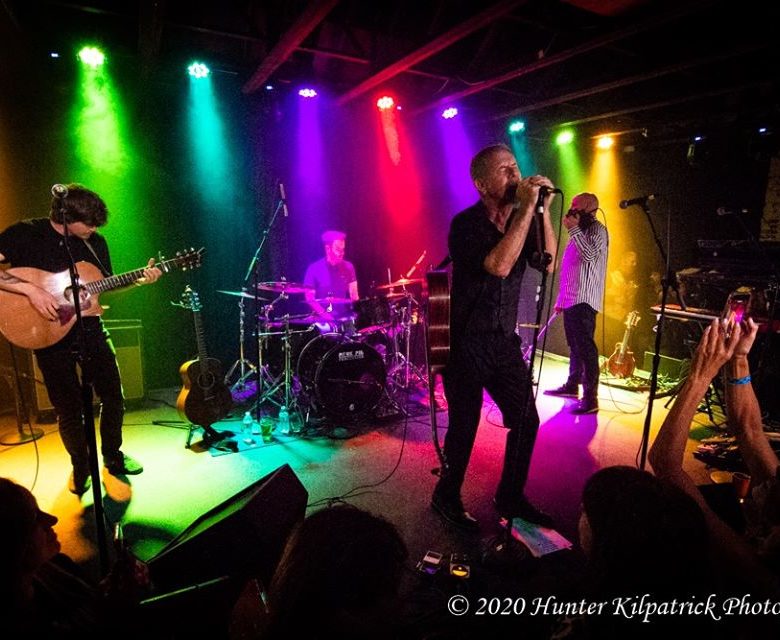