Tickets for all our birthday events will go on sale on Monday, 24 August at 9am from www.theworkmansclub.com

It’s our party and we’ll cry ‘LETS BE HAVING YA’ if we want to! To celebrate turning 5 years old, we’re putting on a week-long set of very special shows and we want you to come and celebrate with us. Like the proper grown-up-children that we are, we’ve got a heap of great gigs coming your way. Each show is only going to be 5 EUROS! Because we are 5. Geddit?

OK, so now is the time to spill the birthday beans – here’s what we’ve got in store for you.

On Tuesday, 8th September we ask you to prepare to have your sides split as we welcome the unbelievable and outstandingly hilarious Al Porter and friends. He’ll be taking to the stage for our 5th Birthday Celebrations.  Al Porter has quickly become one of Ireland’s most talked about comedians, and rightly so. Currently selling out his run of shows at this year’s Edinburgh Fringe Festival, his sharp, irreverent wit is making him absolutely one to watch. He falls in love daily, has ‘completed’ Tinder all the while being a mammy’s boy. Do not miss this opportunity to catch him up close and personal at our gaff. He’ll be bringing some friends along, too. It’s going to be a very very special show. Afterwards, check out Edward Porter (Leaders of Men) spinning some alternative sounds

The awesome Hot Sprockets are coming by on Wednesday, 9 September. The Hot Sprockets have packed out our gaff and stormed our stage on a number of occasions. They ALWAYS put on a belter of a show and they will be BRINGING it for our birthday this year. Fresh from a massive tour, where they’ve been knocking the socks off audiences across Europe, these 5 gents take the good time revolutionary spirit of MC5, throw in a dash of bittersweet soul yearning and add a pinch of rough edged Jon Spencer Blues Explosion to create their own unmistakable brand of rock and roll. We love it. Come get some! Afterwards, we’ve got the hottest night in Dublin – Somewhere? featuring 2 floors of DJs, one floor indie, one floor hip hop, RnB and house. (€5 admission for Somewhere?)

We’ve got evenMORE in store for you with the arrival of Sound Atlas on Thursday and Friday night, Heineken’s music platform which unearths ground-breaking music and cultural experiences from all over the globe and brings them direct to YOU! This year’s Sound Atlas experience is inspired by Tokyo’s 1948 No-Dancing law, Fueiho, which prohibited dancing in small venues and clubs after midnight (whaaaat?). Heineken have based it’s 2015 festival experience on this underground movement where thousands of people throughout Tokyo came together, determined to dance. Sound Atlas will bring its custom built record store to our place to offer you the unique opportunity to listen to and trawl through the Tokyo Record Shop’s unique collection of collectable, genre defining, chart topping and new release records. Japan has one of the largest music markets in the world and for many globetrotting DJs Tokyo is still one of the best digging spots! Come get a taste of Tokyo’s thriving music scene and bag yourself some seriously sweet records.

Music on these nights will come from Little Green Cars – they’re coming to us on Thursday, 10 September and Friday, 11 September. This acclaimed Dublin 5-piece will perform two intimate shows to celebrate our 5thbirthday. The band will be previewing new material from their forthcoming second album due for release early next year. Over the last year, they’ve enjoyed great success with their no #1 debut album Absolute Zero on Glassnote Records (Mumford & Sons, Phoenix) and a completely sold out run of Irish dates including two nights at Vicar Street. The band released three singles, The John Wayne, Harper Lee & My Love Took Me Down to the River to Silence Me to great acclaim and heavy radio coverage in Ireland. They were invited to perform at key American festivals Coachella and Lollapalooza as well trips to Australia and tours of UK, mainland Europe and North America and a guest spot on the Jimmy Fallon Show. Their special guests on Thursday night will be Other Creatures, gorgeous purveyors of indie-alternative pop. Superstar DJ and sound head Claire Beck will be rolling out some serious indie tunes from her awesome TXFM show. We’ve also got the superlative Louche (Nightflight) playing house and disco to make you throw some serious shapes. On Friday night, LIttle Green Cars’ special guests will be the Bleeding Heart Pigeons, a threesome that revel and excel in creating operatic, soaring alternative pop. After the show, we’ve got Ronan Considine (Groovement Soul) pumping some disco and house jams and Rob Smith giving some indie classics as whirl. Phew!

On Saturday, 12 September we are thrilled to bring Eternal Summers to our stage, with special guests Pleasure Beach.  If you haven’t heard of Eternal Summers, you’ve got some catching up to do! This Virginia based noise pop, power rock trio have just released their fourth full-length album Gold and Stone on their long-time label, Brooklyn based indie Kanine Records. Eternal Summers’ never ending tour cycle has seen them play with The Pains of Being Pure at Heart, Surfer Blood, The Presidents of the United States of America, Cheatahs, We are Scientists, Nada Surf, amongst others. Joining them as special guests are Pleasure Beach, a gang of five coffee-appreciating, ‘The Boss’-loving Belfast natives. Again, this is going to be an amazing show – make sure to grab your tickets soon!  Afterwards, we’ll keep the party going with our brilliant DJs. Trev, D-Reills and Steven Gannon will be playing indie anthems, from the brand spanking new to the all out classics while Marquis Dalton vs Dave Salacious will be spinning house and disco tunes to keep you up and at ‘em.

Remember, tickets for each special birthday show are only a miniscule-teensy-tiny €5, to celebrate our 5th Birthday. Grab the tickets while you can. 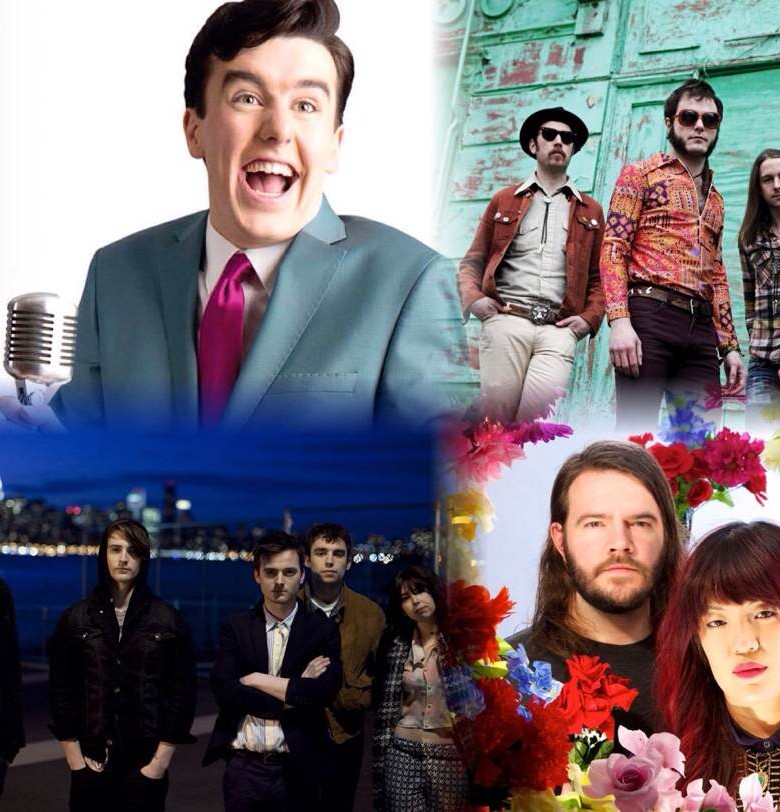