Plus a whopper TEN NIGHT OPENING LINE UP

HELLO! How are you? How was the lockdown for ya? Yadda Yadda. We’re going to cut right to the chase because we’re too excited. Dublin’s beloved music venue and craic hotspot has gotten BIGGER. We’ve added the brand new Workman’s Cellar.

Right underneath The Workman’s Club, we’ve created another musical oasis. Cool stage. High-end sound system. Bar. New space for artists to perform and a brand new space for music lovers. It gives us the opportunity to put on even more live music – and let’s be honest we need double the live music these days, we’ve got lots of catching up to do.

We have been beavering away behind the scenes to bring you some of the finest musical talent our island has to offer. We’re putting on 10 nights of sweet sweet live music for you to enjoy so feast your eyes on this stellar cellar line up and get booking, cause tickets are moving fast.

Steeped in Dublin’s rave culture, and at the vanguard of Ireland’s hip hop scene, two of our fave buzzers Mango X MathMan will be launching their brand new single Heartbreaks & Promises – a blistering and brilliant cover of Robin S Show Me Love – in our brand new venue on Friday, 22

The gang over at District Magazine have put together a serious lineup to knock Saturday night out of the park. Check out Shiv’s silky smooth vocals and unique blend of R&B and Lo-fi Hip-Hop. Speaking of lo-fi – catch the awesome Efé, who District describe as when  ‘the vulnerabilities of Kevin Abstract meet Clairo’s ear-worm hooks.’ Next, if you’re a fan of Khruangbin, Skinshape, Thundercat and all that good stuff you are in for a treat with Dundalk duo Negro Impacto. Finally, with Fatboy and producer Skidmark at the helm, Bricknasty only started creating music in January 2020 but have already made a significant dent in the Irish music scene with their R&B, hip-hop and anarchic musical approach. Tickets €10

One of Ireland’s soundest music writers Nialler9 brings us two brilliant acts tonight for us to savour…With hard-hitting, thought-provoking lyrics and a unique mastery of flow, Limerick rapper Strange Boy has been described as a ‘1000-year-old poet channeling through the body of a young man. Also on the bill for the night, The X Collective – a community of creatives including artists, singers, rappers, songwriters, spoken word artists and more, who’ll be putting on a show you won’t forget. FREE ENTRY (First come first served so get in early!)

Have you ever seen bubbles sparkling on a red hot bassline? PrYmary Colours are that sparkle- and are heating up stages all over the world. There’s music & there’s dance. There’s performance & there’s aesthetics. And there’s PrYmary Colours, who fuse them all together in one neat pumping package!  They’ll be celebrating the release of their track The Movement, so if chunky, fun, soulful electronic beats are your bag then don’t miss this.

With undeniable flow and compelling bars, it’s not hard to see how Irish rapper Why-Axis has made such a splash on the hip hop scene, not only here but across the globe. Like To, Shoulders and Raincoat have all been released this year to critical acclaim. You gotta check this out.  Tickets €10

banríon is an indie-rock band, fresh on Dublin’s indie/alt-rock/post-punk DIY scene. Headed by Róisín Ní Haicéid, the songs are raw, revolving around the complex and unique theme of disability, alongside relatable young experiences such as emigration, heartbreak and loving your pals.

Beauty Pageant’s songs take influence from 90s indie-rock, from the power-pop of Ash to the slacker sensibilities of Pavement, while incorporating the synth hooks of late-2000s NME fodder and the cathartic energy of 2010s punk bands such as Joyce Manor. With his understated humour and DIY ethos, Robbie Stickland has earned comparisons to the likes of Mac DeMarco, Jonathan Richman and Kevin Morby – check out his LP Warm Jeans In The Morning to get a taste of what he’s offering. Tickets €10

If you’ve been living under a rock or hiding in a cave with no access to the interweb for ages, then maybe you haven’t heard of the Pillow Queens. FADER just tipped their song Rats as one of the 20 best rock songs RIGHT NOW.  Oh and there’s the small matter of their US TV debut on The Late Late Show with James Corden for a special performance of their song Liffey earlier this year. G’wan the gang. They are class and you should go and see them. Tickets €16.50

Elaine Mai is one of Ireland’s top electronic music producers and over the last couple of years has built a huge following in Ireland and abroad, with live performances and single releases collaborating with some of Ireland’s finest local talent. Teaming up with the formidable MayKay, their marquee single ‘No Forever’ garnered widespread acclaim and achieved over 11 million impressions across Irish radio. It hit No.2 in the Irish Radio Breakers chart and peaked at No.6 in the Viral 50 Ireland Spotify chart. She’ll be debuting her brand new LP Home live at our place with some special guests….. Get ready for some serious bangers.  BOOM.  Tickets €12

THEY ARE BACK…..Overhead, The Albatross are an UNREAL six-piece instrumental outfit from Dublin known for their intricate yet powerful melodies and energetic stage presence. Their sound combines a multitude of instruments that go beyond the normal boundaries of “post-rock” and delve into the realm of the cinematic. Layered strings, electronics and spacious synths combined with soaring guitars and powerful drums are used to create their unique sound. O,TA’s music journeys from delicate intimacy to epic peaks, touching everything in between. SOLD OUT

2020 saw THUMPER perform a blistering Eurosonic show, a sold-out Molotow Hamburg performance, and embark on a month-long UK/EU tour in support of their single Ad Nauseam.

This intense touring schedule was abruptly cut short in March due to the dreaded Covid19, however, the band channeled this momentum back into the studio. In June the single “Topher Grace” was released to critical acclaim – scoring extensive radio play on BBC6, Kerrang! & RadioX amongst others in the UK, as well as support from RTE and others at home in Ireland. It was also included on several Spotify and GooglePlay playlists, making the cover of Spotify’s The Punk List.

Now with several successful live-streamed shows under their belt (including a collaborative show with Damien Dempsey, a Waves Vienna festival show, and a headline show from the Button Factory hosted by HotPress) THUMPER set their sights on late 2021 – including a festival slot at Iceland Airwaves, an international tour, the announcement of a long-awaited debut LP AND A GIG AT OUR GAFF…..Tickets €10

We know that’s a LOT to take in. A sweet new venue inside another brilliant venue with TEN nights of unreal live music and the chance to hang out with your pals and have the craic? You KNOW IT.

We cannot wait to show you around so grab your tickets and we’ll see ya down the front. 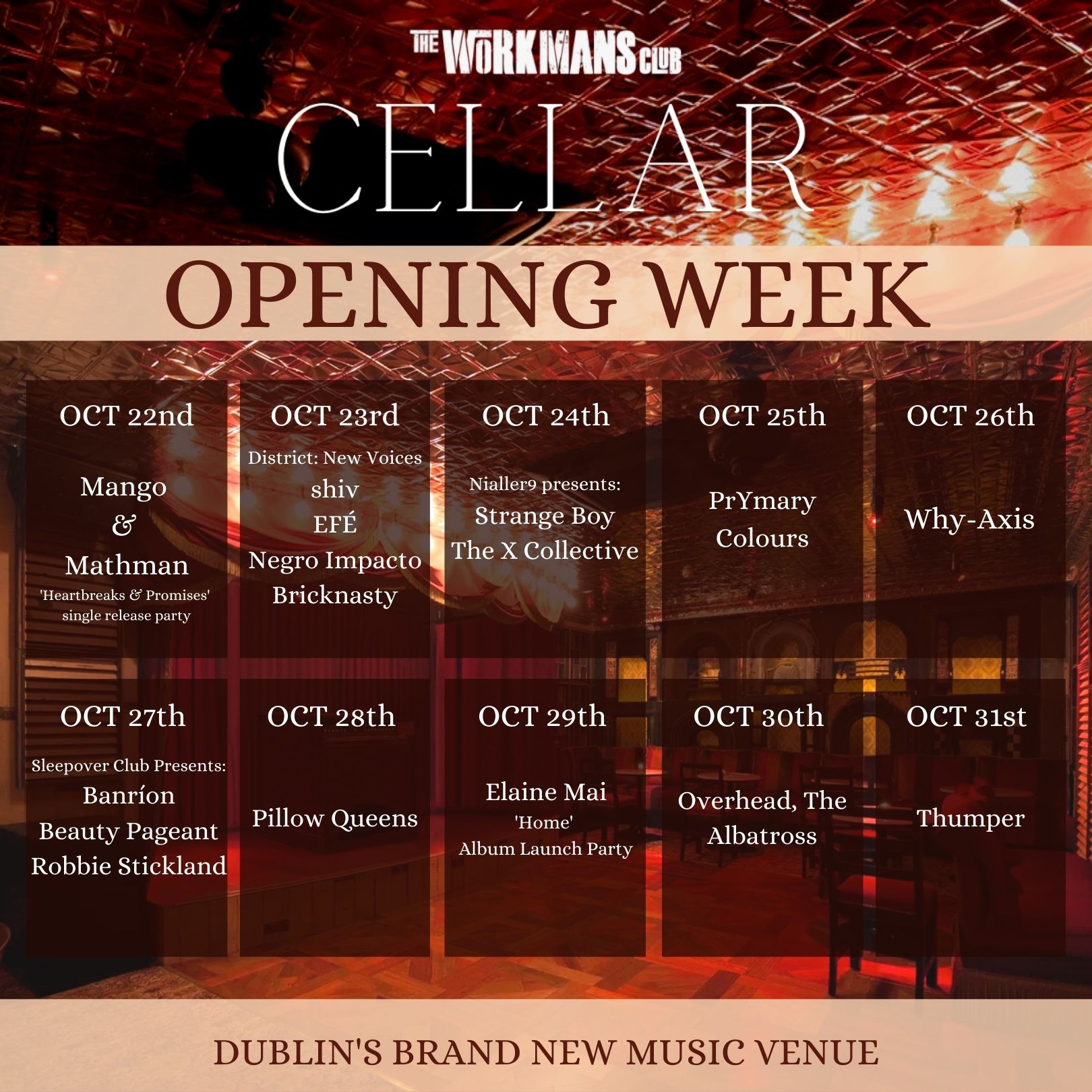 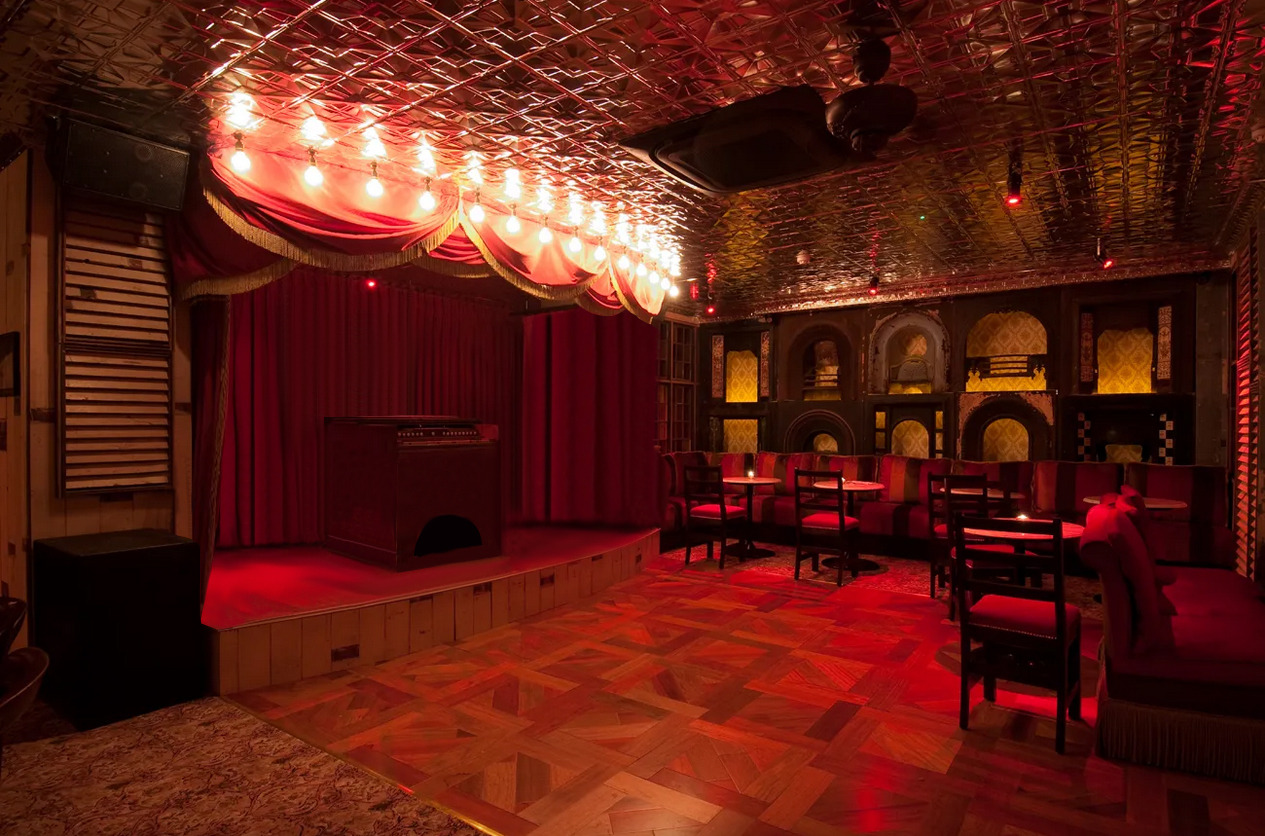 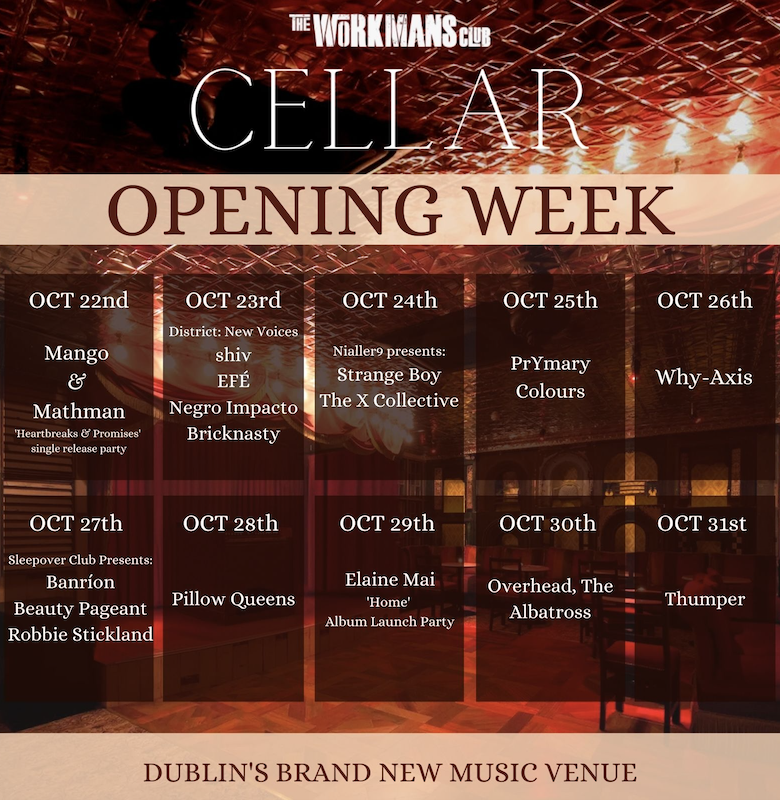